Highlights of Absen at ISE 2020

Absen presented its latest range of MiniLED products for the fixed installation and rental markets as well as a large range of new and enhanced products at ISE 2020 in the RAI in Amsterdam from 11 to 14 February. Featuring Absen’s best-in-class LED displays, Fête des Vignerons 2019 project managed by Alabama and Dushow won the Best Live Event and Istanbul Airport project managed by Astel LED won the Best Transport Project in InAVation Awards 2020. 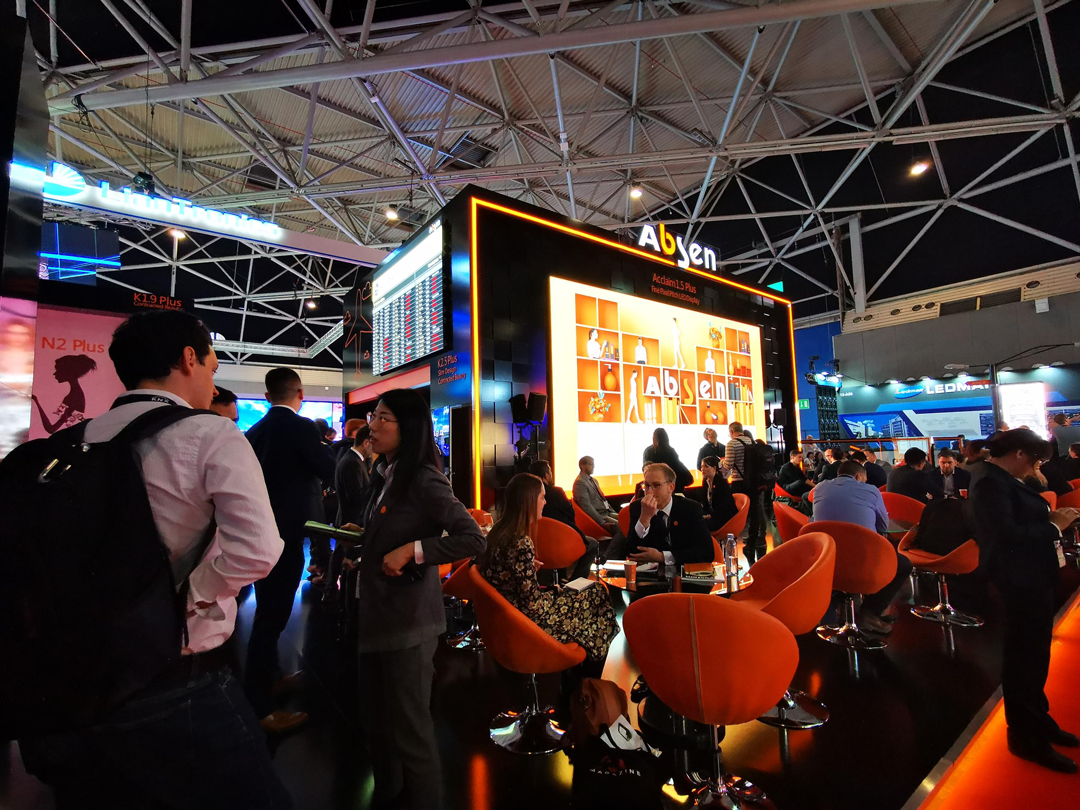 Absen occupied an impressive 324sqm of floor space, representing the company’s largest ever presence at the show. Spreading across two neighbouring stands, these were respectively dedicated to fixed installation (12-C50) and rental solutions (12-E80), though the theme of ‘Evolution. On Display’ and focus on MiniLED remained consistent across both sections. Due to its creative booth design, Absen was named a finalist in ISE's Stand Design Awards by Exhibitor Magazine.

The Next Evolution MiniLED Products

The Acclaim series is Absen’s flagship display for indoor fixed installation, predominately in corporate and retail environments. The A27 Plus has been Absen’s best-selling fixed install product, seeing over 300% growth in 2019. The 27.5-inch cabinet with 16:9 resolution can achieve point-to-point FHD/4K, delivering the best visual impact. This year’s ISE saw the series become available as a MiniLED range – the A27 Pro series – making it better, stronger, and more efficient.

Absen’s Aries LED display series is aimed at professional rental companies for high-end corporate events, conferences, auto shows, e-gaming competitions and broadcast applications, and is the first such product to combine 4-in-1 IMD (Integrated Matrix Device) and Common Cathode technology. It will now be available in 1.2, 1.5, 1.9mm varieties, providing even more flexibility and choice to meet the evolving demands of global rental customers.

Designed to serve applications of security, transportation, telecommunications, broadcast, government, schools and so on, CR series is capable of receiving a good number of various signals with robust reliability due to power and signal redundancy. The CR series will now be available in 0.7mm pixel pitch, which represents the company’s smallest pixel pitch and highest resolution display.

Absen also presented the HC series, a new 0.9mm MiniLED display for the high-end control room market. The HC0.9 delivers excellent contrast and colour uniformity and was set up as a nine-piece video wall at the show.

Polaris series is Absen’s most popular rental product globally with over 60,000sqm sold to date. Due to popular demand, Absen introduces updated version of Polaris series with improved performance in color, refresh rate and brightness. PL2.5 Pro is available in regular panels as well as rounded, triangle and 45° cut panels for more creative applications. On display was the PL 2.5 Pro shown as a large curved screen with doorway underneath. Absen also teamed up with Green Hippo and Notch to create interactive, real-time visual effects. 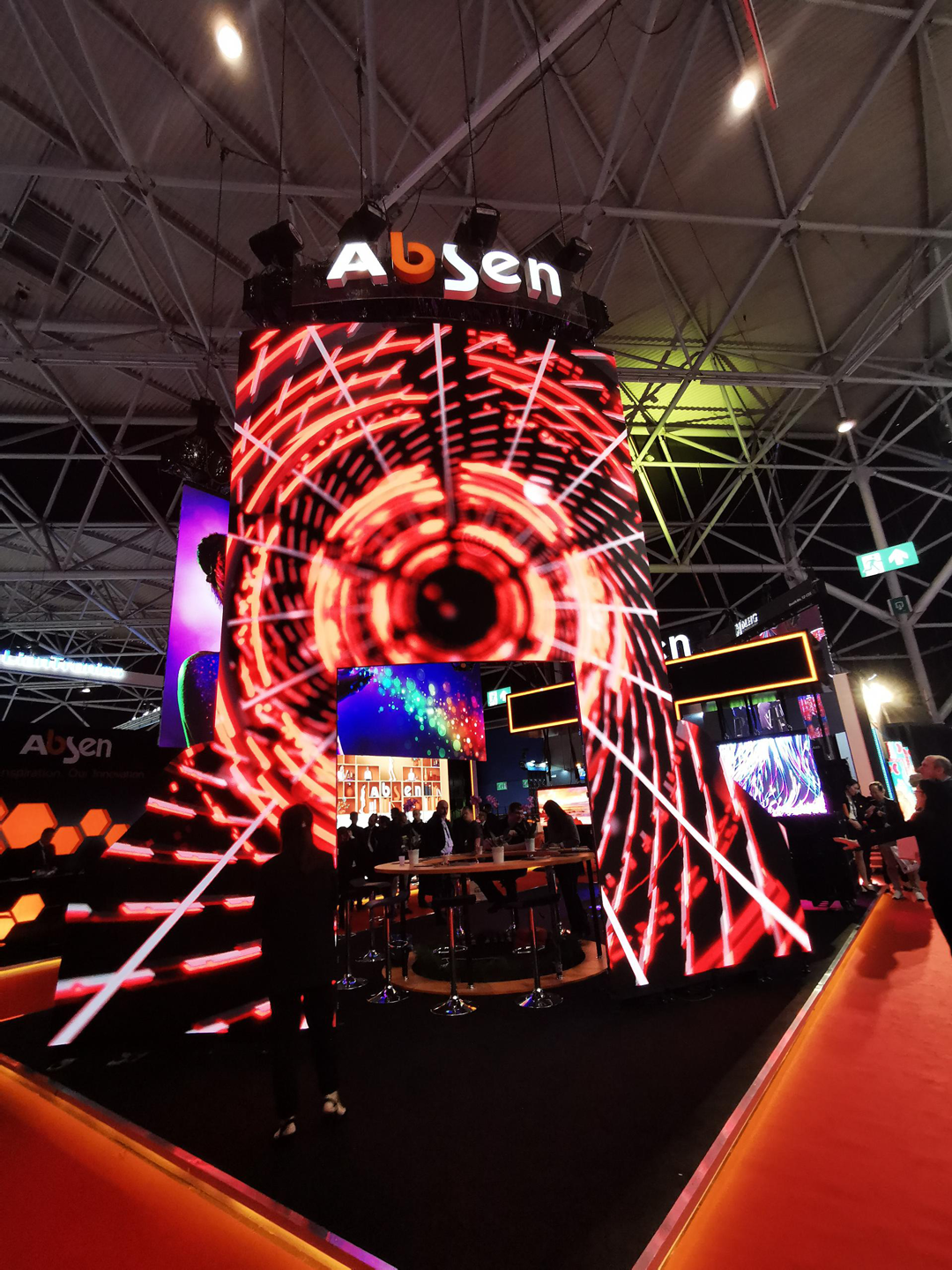 The Venus series is an innovative LED display that has been specifically designed for concerts and festivals due to its ability to create super-sized screens at speed. The product features a highly unique integrated ‘module-on-frame’ design. By removing the sub-frame (cabinet frame), Venus is 27% lighter than competing solutions, allowing creative teams to cut back on weight, save installation time and transportation cost, build even bigger LED walls than before – up to 20 meters in height.

AW series is designed to bring the best ROI for the customers thanks to its extraordinary quality and flexibility of various applications. Its narrow pixel pitch, high brightness, high refresh rate, waterproof design and efficient heat dissipation allow it to perform perfect in short viewing distance. Combined with different frames, AW series can be assembled as light pole and light box, making it perfect for diversified applications, such as street furniture, bus shelter, plazas and so on. Able to achieve simultaneous display, remote publishing and cluster control, AW series can satisfy the need of smart light pole and 5G technology, ushering in a new wave of intelligent applications.

The InAVation Awards, which took place on the first night of ISE on 11th February 2020 at Beurs van Berlage in Amsterdam, recognise the best technologies, projects and people from across the global audio-visual industry.

This project was managed by Alabama and Dushow. Alabama, which supplied all video equipment for the arena, utilized 800sqm LED floor, the world’s biggest LED floor, and 150sqm AT5 Pro outdoor LED screens in the form of columns at the top of four stages.

This project was managed by Astel LED. 1,000sqm of Absen LED were positioned at the airport to create a visually striking experience for passengers and advertisers, including a 300m-long curved LED façade that follows the walkway through the duty-free area as well as two 120sqm ceiling-mounted video screens on either end of the terminal. 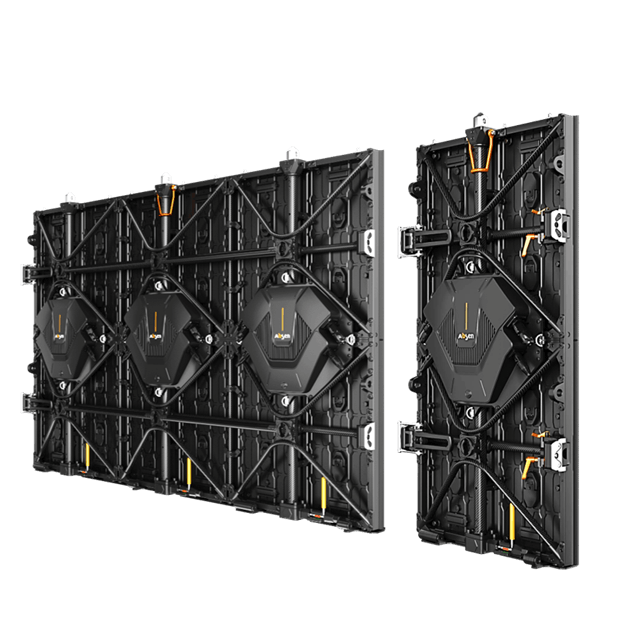 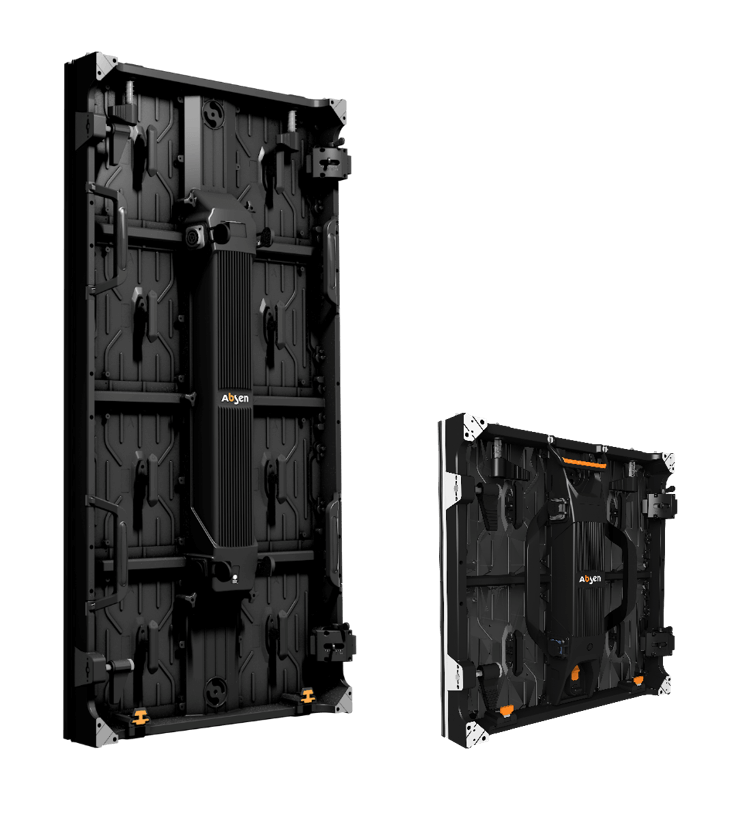