Recognised as the world’s single most viewed and followed sporting event, the FIFA World Cup tops the leader board as the world’s most prestigious sporting tournament. With LED displays playing a central role in the all-important fan experience, the eight stadiums: Al Bayt Stadium and Lusail Stadium (hosts of the opening and final match); Ahmad Bin Ali Stadium, Khalifa International Stadium, Al Janoub and Al Thumama Stadium; as well as the Education City Stadium and Stadium 974, the fans attending and the global live broadcast audience are experiencing the very latest innovations in LED displays for sport. 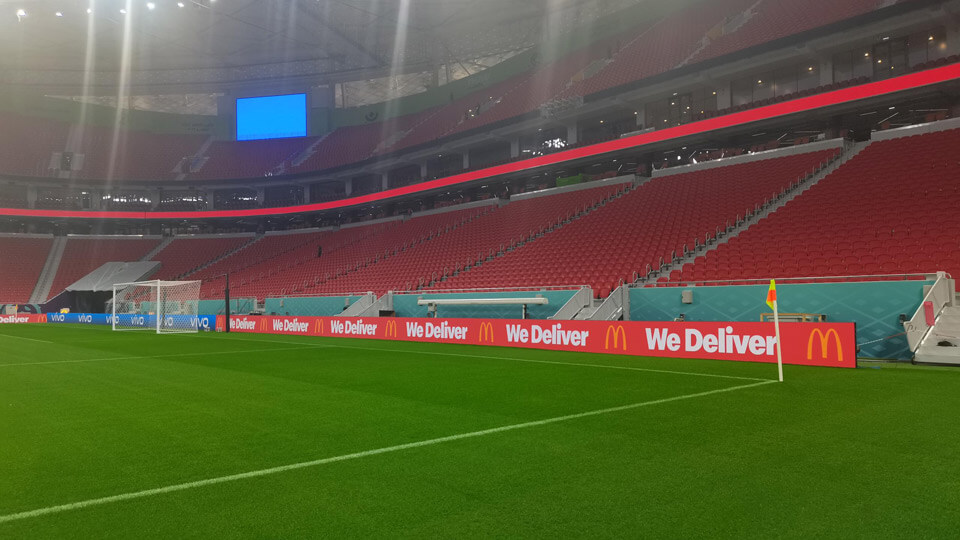 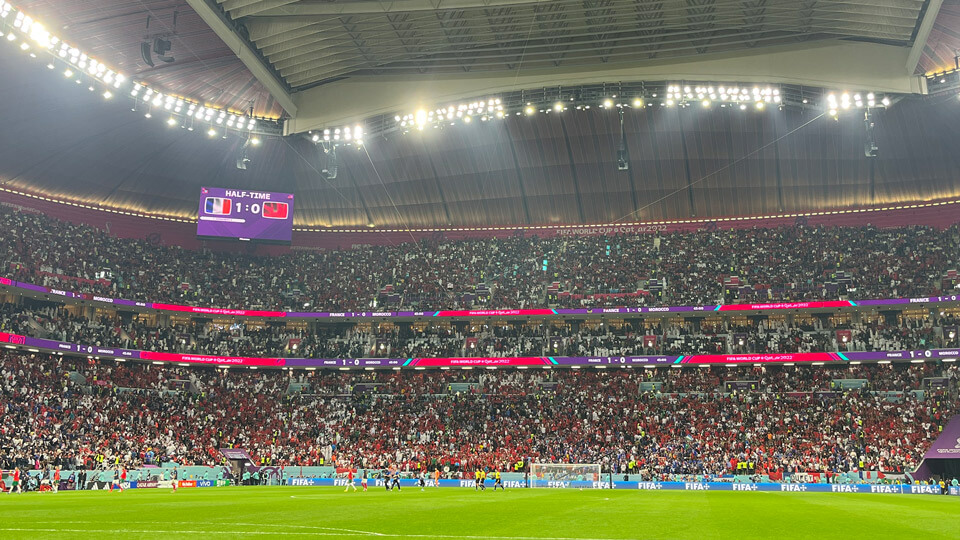 Whilst a total of over 2,000sqm of Absen LED display screen elements can be spotted across the World Cup stadiums,LED displays regularly play a central role supporting nearly all major sporting events, such as football, cricket, rugby, basketball, volleyball, American football, baseball, ice hockey, and tennis. Supplying the match day experience in the form of information and content not just for the attending fans, but for the fans watching remotely, the fast-paced on-field action must be matched by high quality performant screens capable of rapid image switching, for quick-paced high-definition broadcast.

With major sporting events viewed by millions, the integrity of LED for sporting environments is paramount. The environment is demanding, and display performance must be stable and consistent as well as fool proof with zero failures. Each display plays its part, whether at an outdoor stadium with an LED scoreboard, pitch side perimeter displays and mid tiered seating platforms, or for an indoor arena with a non-standard shaped LED displays. In addition to central multiple sided scoreboards, and courtside displays, each position plays a pivotal role in providing the highest quality imagery for branding messages for teams and sponsors alike.

Some of the key requirements for the worlds most watched sporting events are unequivocal reliability and impressive image quality, and Absen continues to be recognised as the LED display supplier to provide this. In addition to the stadiums of the 2022 World Cup, Absen displays feature in the UEFA European championships, the NBA, and the Formula 1 World Championships. Absen’s solid pedigree is well earned from locations such as the Kaliningrad Stadium, Kazan Stadium and Rostov Stadium for the 2018 Russia World Cup; the 2012 Euro Cup with displays in Ukraine and Poland’s Krakow Stadium, the international ‘home of cricket’ Lords Cricket Ground in the UK, and Italy’s San Siro: home of AC and Inter Milan also benefit from Absen LED display. 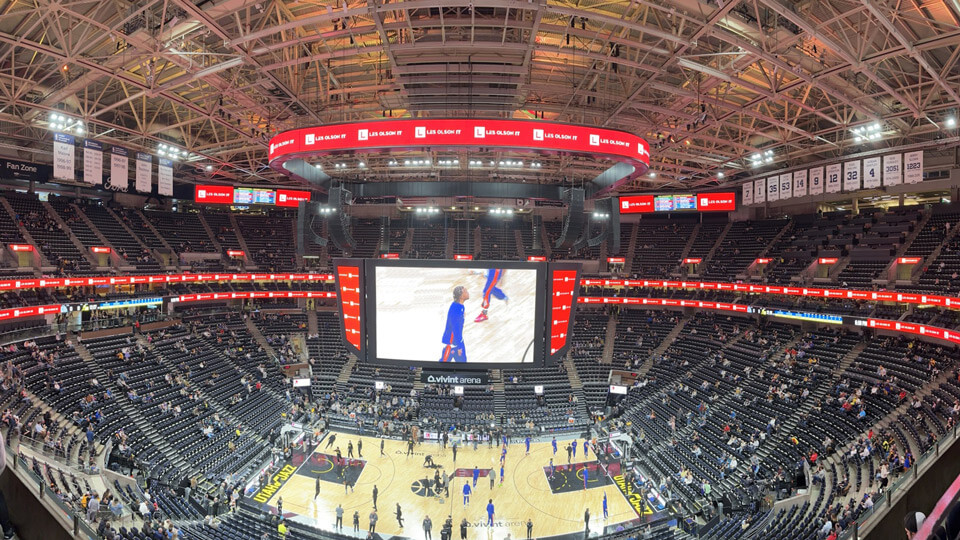 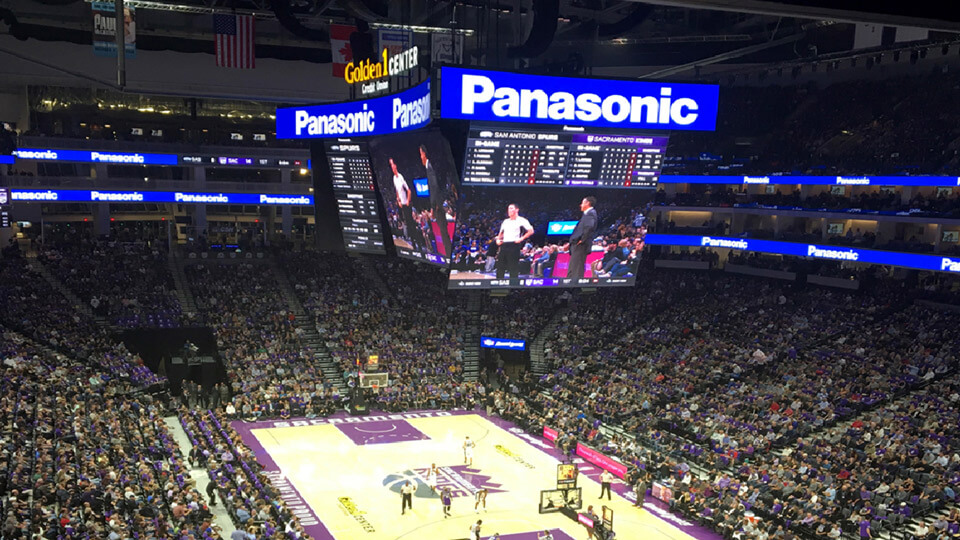 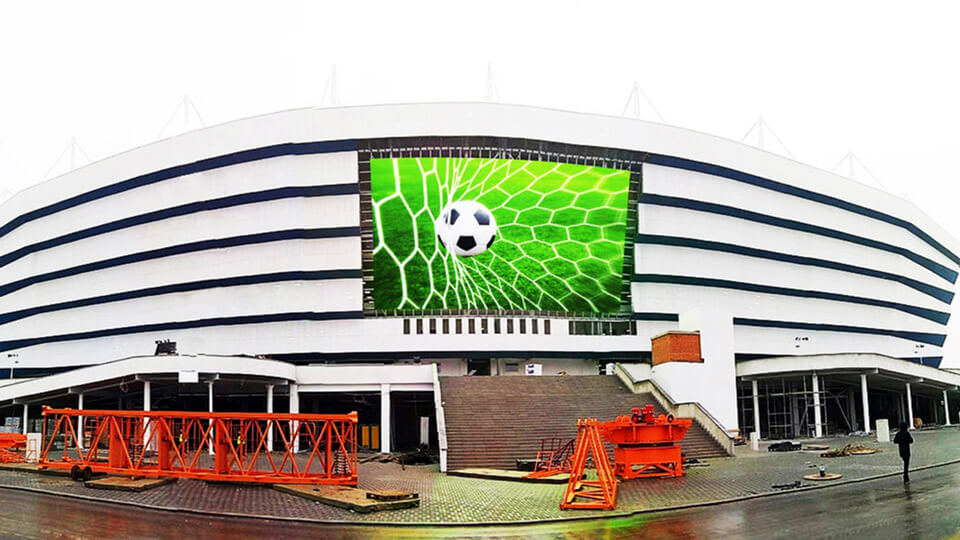 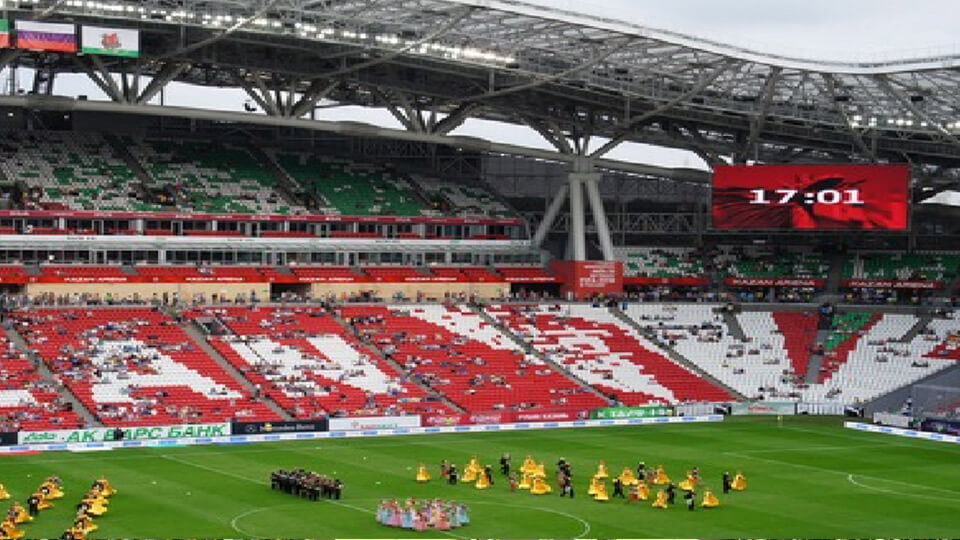 Absen’s impeccable reputation in Sport LED products is secured by superior product offerings such as its A99 stadium perimeter display, built to the most stringent technical standards for the industry. Absen’s A99 assures stability and reliability with modules designed for all weather conditions. 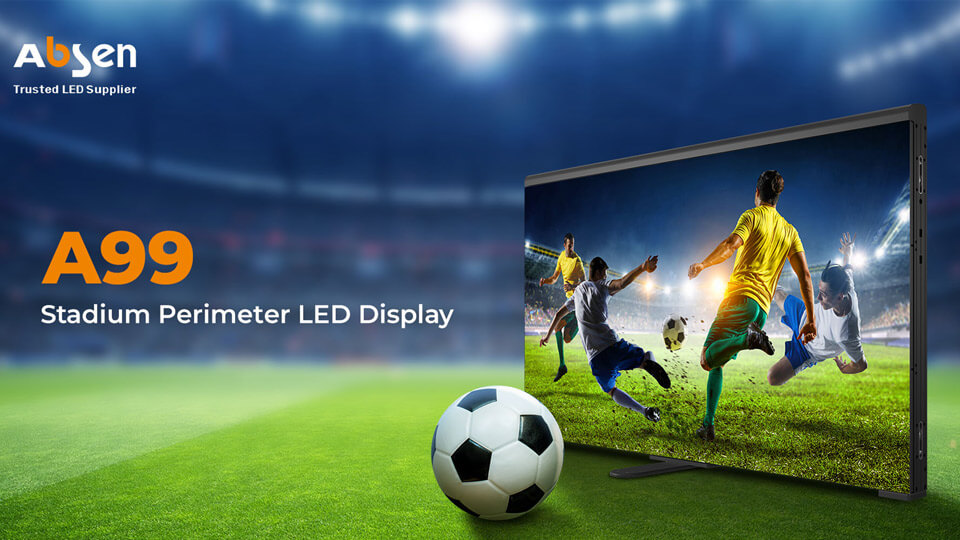 The 6.5mm and 10mm panels of the series feature independently waterproof modules alongside an IP65 water protected power box, and parallel data & power connections to ensure that any fault will not affect the operation of the modules. Should an essential repair be necessary, Absen’s A99 is ready. Simple front or rear replacement is quick and easy with modules fixed by minimal screws.

Furthermore, the A99 has undergone rigorous impact testing, satisfying its suitability to its intended environment. Tough on the inside, the A99 is outwardly softened for player protection with protection pads around the panel and a soft front mask.

Confidently building on its proven track record with new products honed for the evolving sporting environment, Absen demonstrates its match fitness ensuring a winning position in the finals and beyond.

Previous：Absen invites you to join us at ISE Next：3rd Realm Creations partners with Absen to bring Virtual Studio Solutions to Mobile, AL 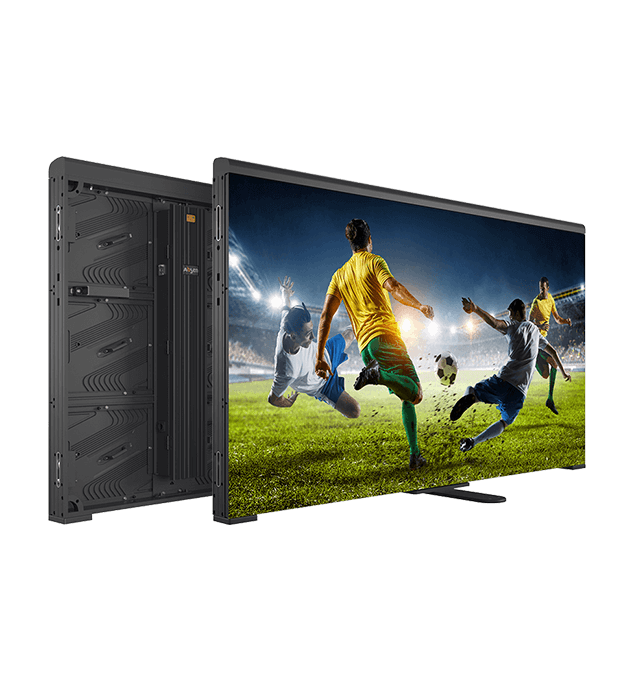